PARENTS picking their children up from school are parking ‘dangerously’ and causing difficulties for emergency vehicles to get through, says a resident.

People picking their children up from All Saints Church of England Primary School in Didcot are allegedly parking “boot to bonnet” along Tamar Way as well as on resident’s driveways.

A resident, who has lived in the area for about 10 years, said the parking is concerning because of the safety risk to children, people being unable to get out their driveways for work, and emergency vehicles being unable to access the road.

READ MORE: Councillor wants drivers to be safer after black Mercedes sped up towards him and nearly knocked him off

The resident, who has chosen to stay anonymous, said: “Due to all the new housing estates built nearby, the road has become increasingly busier and the type of vehicles going down the road range from HGV lorries and large vehicles all going at speed, even though it’s 30mph. 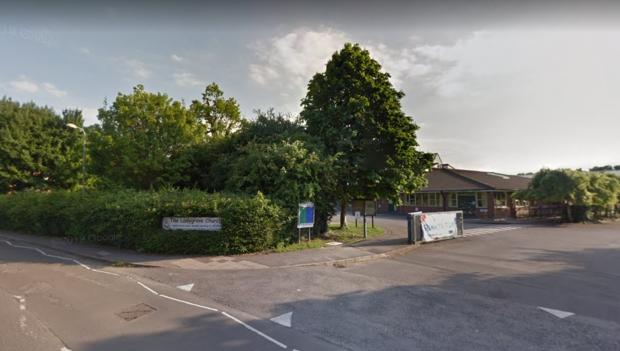 “What happens is the children as they come out of school walk in between the cars and people can’t see them.

“I’ve seen at least five near misses of young children nearly being hit by lorries and big vehicles. As recently as Friday (24), I saw a child nearly get hit and she cried because she was so scared.”

The resident has also seen issues with parents driving up raised curbs to park in people’s driveways on the school pick-up runs.

“Equally we’ve had problems with parents parking on our driveways and blocking us in,” they said.

“I know three separate occurrences where that’s happened and a neighbour was blocked in and he couldn’t actually go to work because the parent had blocked his work van.

“They are also blocking emergency vehicles because of the way they are parked so if there was a fire they would be responsible for killing people – it’s dramatic but it’s the truth.”

Headteacher John Myers, who has been asked for a comment, told the resident he had warned parents in newsletters to be more careful but the resident reports that nothing has changed.

“As nice as John’s response was, he can’t do anything about it,” said the resident. “I understand his perspective however I feel it’s a bit negligent on his behalf.

“He’s told me that he advises parents to please be considerate and respectful of the local residents but it’s actually it’s not working, they’re not changing their behaviour

“I have now reached the end of my resolve, unfortunately, because I can get over the selfishness but not the danger for these children.

This story was written by Gee Harland, she joined the team in 2022 as a senior multimedia reporter.

Get in touch with her by emailing: Gee.harland@newsquest.co.uk

A message from our Editor

Thank you for reading this story and supporting the Oxford Mail.

If you like what we do please consider getting a subscription for the Oxford Mail and in return we’ll give you unrestricted access with less adverts across our website from the latest news, investigations, features, and sport.

You can also join the conversation in our Facebook groups: stay ahead of traffic alerts here, keep up to date with the latest from court here, share your favourite memories of Oxford here, get your daily dose of celebrity news here and take some time out with news that will make you smile.

If you’ve got a story for our reporters, send us your news here. You can also list an event for free here.

Will there be a hosepipe ban in my area?