POLICE officers are seeking a witness after a woman was attacked when she asked a group of yobs to turn their music down.

At about 9pm on March 18, a woman in her thirties was at Oxford Retail Park in Cowley.

She asked the offenders to turn down the music in their car, but was then attacked by the thugs.

READ AGAIN: Woman attacked after asking for music to be turned down 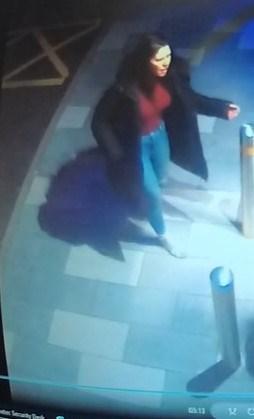 Police officers are looking to identify a woman, who approached the victim following the assault.

Thames Valley Police reported the woman is not considered to be a suspect, but could have ‘vital information about the offence’.

Both men have been released under investigation.

Investigating officer, PC Czachur, based at Cowley police station, said: “This was a serious assault, and we are doing everything possible to identify and apprehend the men responsible.

“We are particularly keen to identify the woman in the picture, who approached the victim following the assault, as she may have seen the offenders.

“If this is you, or if you think you know who this could be, please contact us immediately.

“If you have any detail which you think could be relevant, no matter how small it may appear to be, please contact us straight away. Your information could be crucial to us as we conduct our investigation.”

This story was written by Liam Rice, he joined the team in 2019 as a multimedia reporter.

Get in touch with him by emailing: Liam.rice@newsquest.co.uk

Blue Jean Baby! FRAME’s Black Friday Sale Is Here — Save Up to 60% Off!